How to Grade Larimar Stone 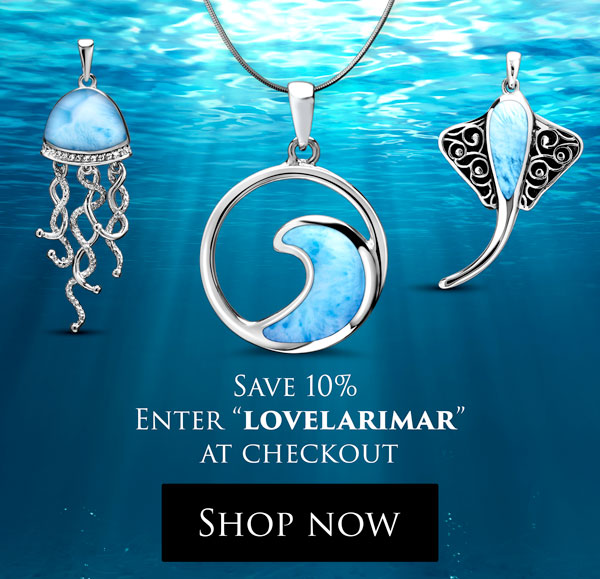 Since the raw Larimar stones have been mined it is very difficult to differentiate the various qualities Larimar.

From the outside a stone may appear to be of good quality, only to be cut open and expose an interior of worthless host rock. so the first step of grading is to always cut open the rocks and see what is inside.

There are several factors which affect the grade of Larimar, such as color, patterning, luster, luminosity and inclusions. Generally the bluer tones are the most desirable, but because every piece of Larimar will contain slightly different hues, color saturations, and markings it is necessary to assess a combination of several factors. Generally speaking, the smaller the stone is cut, the lighter the color becomes, so the larger pieces usually have deeper color and more clear patterns. 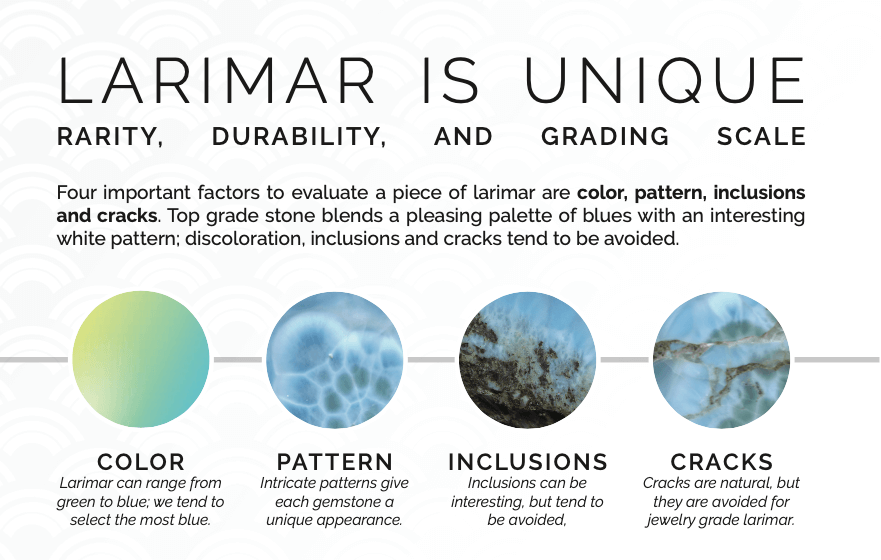 Due to the general lack of public knowledge about Larimar and no standardized grading scale, it is easy for people to be taken advantage of.

Our advice is to ignore the terminology and nomenclature when purchasing Larimar and choose a piece that appeals to you. A salesperson telling you that a specific piece is “AAA” quality and worth a much higher price is potentially not as important as your own personal preferences of color, shade and patterning. 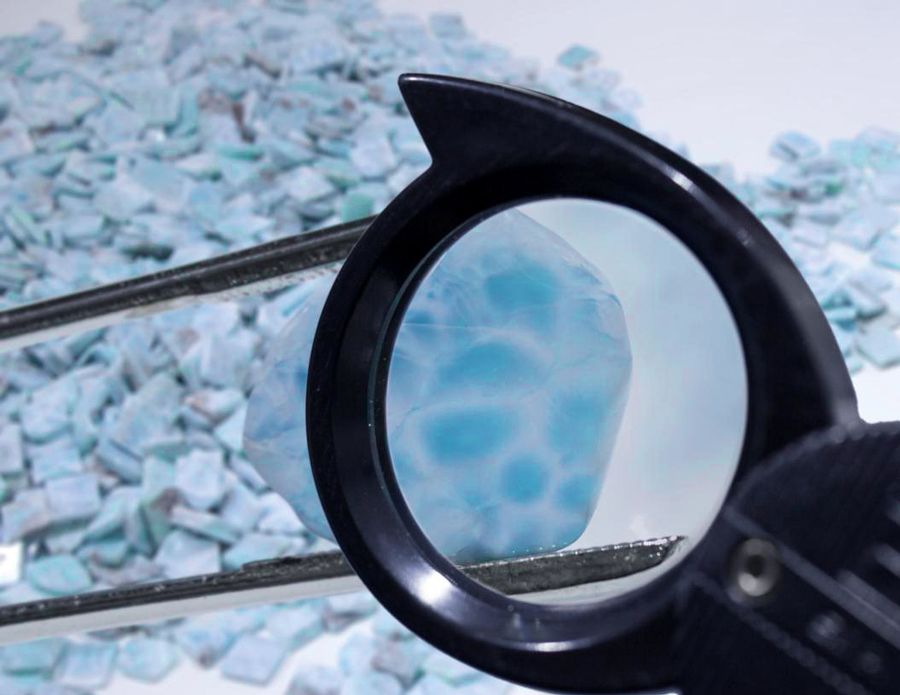 Some people prefer a lighter blue color with no markings, others desire the contrast that comes with a strong white pattern against a blue larimar stone. Some people dont mind imperfections and celebrate the natural characteristics of each unique piece. Other people are looking for a perfectly uniform piece and do not want any hint of a pattern that is sometimes mistaken as being cracked.

A general rule regarding cracks is to run your fingernail across it. Any kind of crack will easily be felt, if it is smooth, then it is most likely natural patterning. 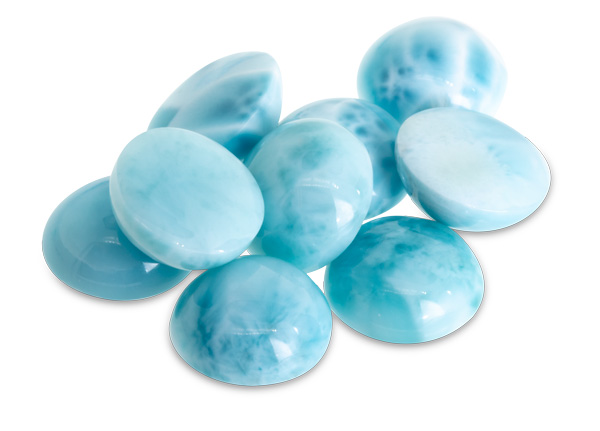 Authentic Larimar is a completely untreated gemstone. In order to prepare Larimar for jewelry, the gemstone is simply cut and ground to shape. Once the Larimar is set, a final polish will be applied to bring out the shine and beauty of the natural stone. Learn more about buying Larimar jewelry here.

Due to its rarity, Larimar is no stranger to fakes bearing its name. However, there are a few things to keep in mind when recognizing fake from real stones.

The first and most obvious way to recognize a real stone from plastic or resin is heat: a stone will always be cool to the touch.

Plastic will take the temperature of the environment they are in. A common test to recognize plastic from stone is to put a needle by a flame, then press it on the stone. If it is resin, it will melt against the needle. Fire and heat will have no effect on stone. This is commonly called the “Lighter test”.Plastic Larimar is also pretty easy to spot in a side by side comparison. Plastic Larimar will tend to have a uniform color and display consistent and repeating patterns. 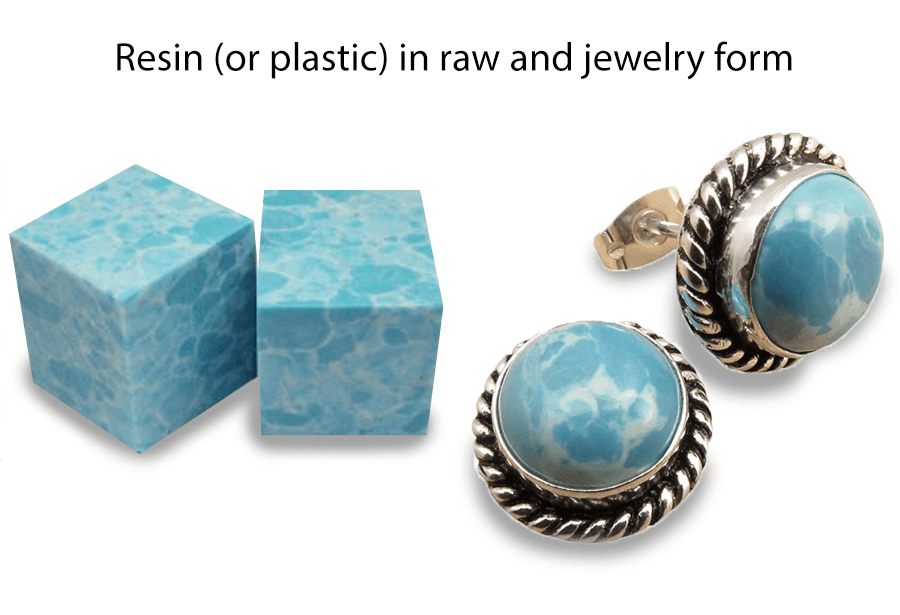 Fake Larimar can also be made from synthetic materials or common stones that are stained or dyed to resemble Larimar, but look out for these few key things that will differ from real natural Larimar:

– Larimar is originally formed from hot mineral rich fluid being forced into cracks and fissures formed by tectonic activity; the liquid form makes the pattern of the Larimar gemstone very specific called spherulite, spherical body generally occurring in glassy rocks such as Larimar ; these patterns are very different from stones like Agate or Chalcedony, which have patterns resembling bands of color all throughout. Glass, which has no pattern, is also not close to natural Larimar and can easily be recognized as is.

– “Larimar Quartz” is a label given to stones that aren’t Larimar but more or less resemble it. Larimar isn’t a quartz, so if you see this name, you already know not to expect natural Larimar gemstone! Larimar is a pectolite, unlike quartz, which is a very common white or colorless mineral that tend to be dyed to resemble other gemstones.

– Larimar substitutes are usually dyed Howlite, Quartz or Amazonite. Dyed stones are usually lack the natural color variation of real Larimar. They lean toward the green end of the spectrum and have a slightly translucent look with a consistent color. They can also have highly concentrated spots of color where the dye has absorbed into cracks and voids in the stone. 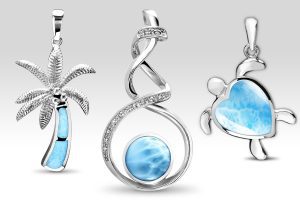 Is Sterling Silver Better Than 925 Silver? 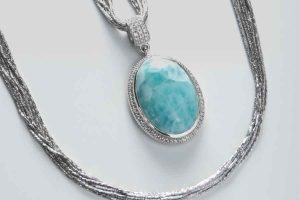 Cleaning and Caring for your Sterling Silver Gemstone Jewelry 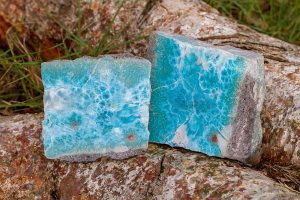 What is Larimar? Dominican Republic Stone

If semi-precious stones have their own cache of best-kept secrets, 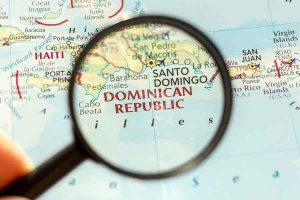 Where is Larimar found? The Blue Jewel of the Caribbean

Larimar deposits have been found in only one place in 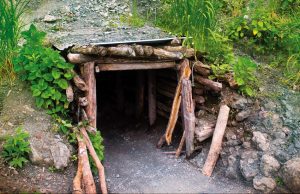 Larimar mining is considered “artisan mining”, meaning that it is 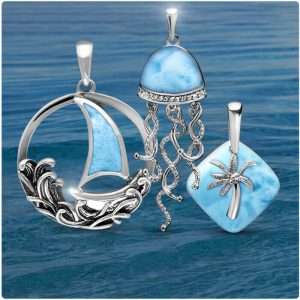 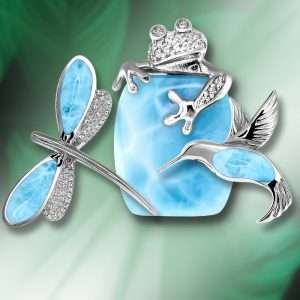 Nature inspired jewelry collection includes some of our most popular designs. 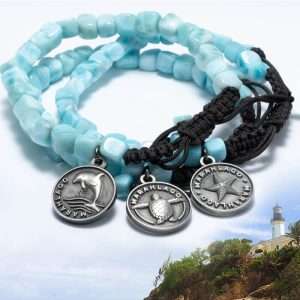 Adjustable Larimar bracelets with nautical charms at an affordable price. 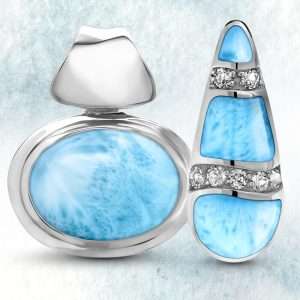 Our Larimar pedants and necklaces are made with Larimar from the Dominican Republic. 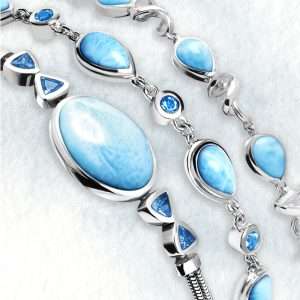 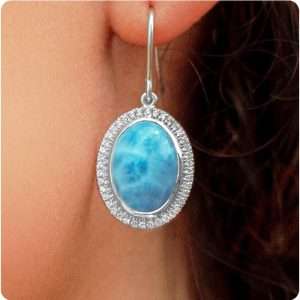 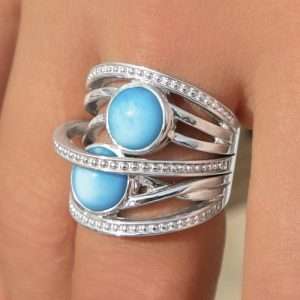 Everyday wear or as a unique Larimar engagement ring. 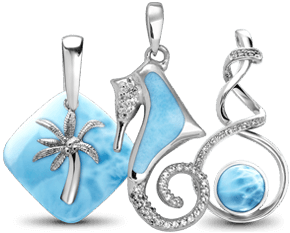